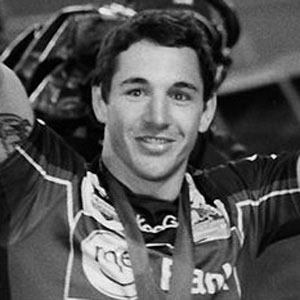 Longtime member of Australia's rugby team. He was named Australia's Greatest Athlete in 2009 and 2010.

He worked as a racehorse trainer assistant prior to starting his professional rugby career in 2003.

He scored over 570 points during his first 10 seasons with the Melbourne Storm.

He married Nicole Rose in November 2009. They have two children, Tyla and Jake.

He was joined by Brett Morris on Australia's national rugby team in 2009.

Billy Slater Is A Member Of