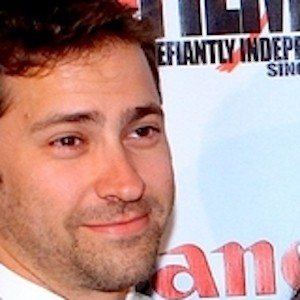 Comedian and television personality widely known as the host of Marvel's Agents of SHIELD Declassified, a recap of the popular ABC television series. He is also renowned as a contributor to ABC News and for hosting The Young Turks series Pop Trigger.

He graduated from Stanford University where he co-founded the Stanford Shakespeare Society. A few years after his graduation, he began writing and producing the series Google Current.

He wrote, co-hosted, and produced shows like InfoMania and the Rotten Tomatoes Show on Current TV.

He is a native of the San Fernando Valley. He has been in a relationship with model Brooke Marks.

He has appeared in news specials with the likes of journalists Katie Couric and Barbara Walters.

Brett Erlich Is A Member Of