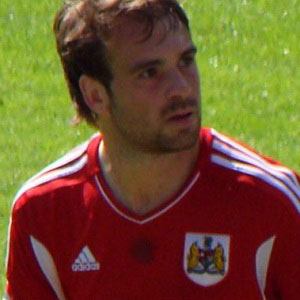 Forward who represented Jersey at the biennial Island Games and played a majority of his senior career with Bournemouth. In 2017, he joined Portsmouth and signed a three-year deal.

His first senior goal came as a member of Bournemouth in a match that resulted in a draw against Blackpool.

He once scored a hat trick within the first 16 minutes of a match.

He was born in St. Helier, Jersey. His mother's name is Debbie.

He played for Bournemouth where Steve Lovell finished his career.

Brett Pitman Is A Member Of