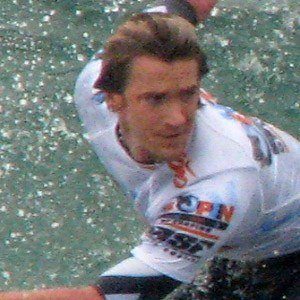 Surfer who won his first two U.S. Open of Surfing championships in consecutive years, 2009 and 2010.

He grew up in Huntington Beach, California, where he learned to surf competitively.

He was named the Orange County Surfer of the Year in consecutive years in 2008 and 2009.

His father Bill Simpson was a professional football player.

He won the U.S. Open of Surfing championship in 2010, one year before legend Kelly Slater won the event.

Brett Simpson Is A Member Of