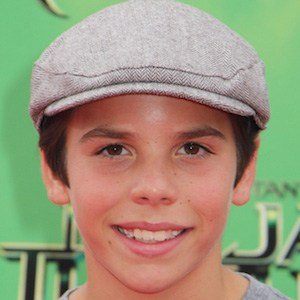 Actor who played the younger version of Mark Wahlberg's character in the film Ted. A couple years later, he would appear in the non-theatrical release Beethoven's Treasure Tail.

He was enrolled in acting classes in 2010.

He guest-starred in an episode of Netflix's Richie Rich.

He is the youngest of three. His older brother and sister are both hockey players and his father coaches the sport. His father also owns an electric company while his mother is a nurse.

He was cast in the Seth MacFarlane film Ted.

Bretton Manley Is A Member Of