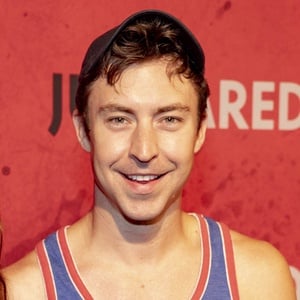 Big and small screen actor who first established himself by appearing in recurring roles on Jane the Virgin and Go-Go Boy Interrupted. He would go on to play the title role in the viral web series The Gay and Wondrous Life of Caleb Gallo.

One of his first acting roles was in the 2009 video short In the Dark.

A writer and filmmaker himself, he wrote, directed, and produced The Gay and Wondrous Life of Caleb Gallo. He also produced Go-Go Boy Interrupted.

Born in Manhattan, he grew up in rural Tennessee with his Colombian mother.

In his brief tenure on Jane the Virgin, he starred opposite Gina Rodriguez and Andrea Navedo.

Brian Jordan Alvarez Is A Member Of