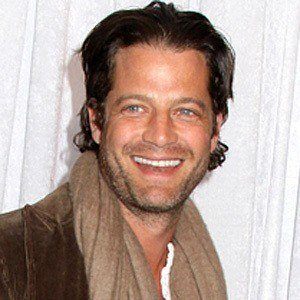 Shoe designer specializing in silhouettes and sky-high heels who owns and operates his own self-titled design line. He became a member of the Council of Fashion Designers of America and was awarded "Launch of the Year" from Footwear News in 2011.

He studied art and architecture at Southern Illinois University before heading to New York City to pursue a career in the fashion industry. He would attend New York's Fashion Institute of Technology.

He spent seven years living in Europe as a runway model. His accolades include the CFDA Swarovski Perry Ellis Award for Best Accessory Design and the Footwear News "Designer of the Year" Award. He has more than 600,000 followers on Instagram.

Born in Chicago, Illinois, he would spend time living between New York City and Milan, Italy where his studio is located.

Gianni Versace hired Brian as a designer in 1996, the first American to be hired by the company.

Brian Atwood Is A Member Of