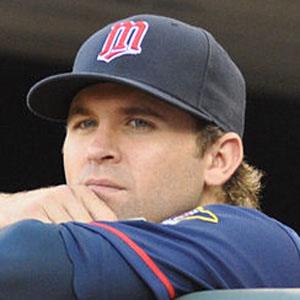 Middle infielder who made his MLB debut in 2012 for the Minnesota Twins after being named the Twins Minor League Player of the Year in 2011. In 2018, he signed with the Los Angeles Dodgers for a year before going to play for the Washington Nationals. He won a World Series Championship with the Nationals in 2019.

He played college baseball at the University of Southern Mississippi.

He was born and raised in Fulton, Mississippi. In 2014, he married Renee Hrapmann Dozier. He has two siblings, Clay and Leigh Ann.

He joined All-Star Joe Mauer on the Twins in 2012.

Brian Dozier Is A Member Of