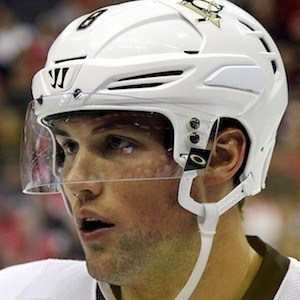 NHL defenseman who a second-round draft pick of the Carolina Hurricanes in 2009. He was traded to the Pittsburgh Penguins in 2012, with whom he'd go on to win the Stanley Cup in 2016 and 2017.

After being drafted in 2009, he went on to play for Boston College for three seasons before signing with Carolina.

He won a national championship with Boston College in 2012. In 2016, he became the first player from Maine to win the Stanley Cup.

He was born to Deb and Pete Dumoulin and is the middle of three children.

He was part of the trade that sent Jordan Staal to the Hurricanes in 2012.

Brian Dumoulin Is A Member Of