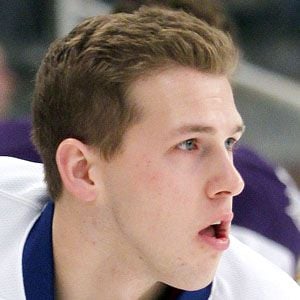 Defenseman who made his NHL debut in 2012 for the New York Islanders.

He played youth hockey for the USHL's Cedar Rapids RoughRiders, and joined the University of Denver's hockey team in 2009.

He was the first NHL player to be born, raised, and trained in Oklahoma. In 2020, he was recognized by NBC Sports for his fundraising efforts to benefit youth hockey players.

He grew up in Edmond, Oklahoma until the age of 15 when he moved to Iowa.

As a rookie for the Islanders he was coached by Jack Capuano.

Matt Donovan Is A Member Of