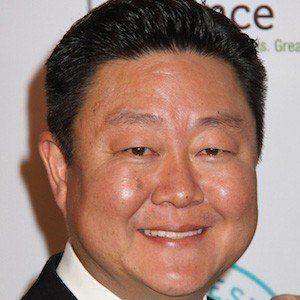 Serial entrepreneur renowned for his partnerships creating startups with internationally recognized celebrities. Named 2014's Entrepreneur of the Year, he is behind companies like Legalzoom, ShoeDazzle, and The Honest Company.

After graduating from UCLA with a bachelor's in business and economics and his juris doctor degree from the UCLA school of law, he began working as an attorney.

In 2009, he was named one of 25 notable Korean-American entrepreneurs by Forbes Magazine.

Though he was born in Seoul, South Korea, he spent most of his life in Southern California.

Brian Lee Is A Member Of