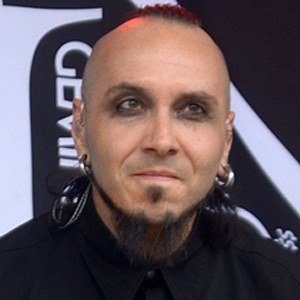 American musician who rose to fame as the drummer of the alternative metal band Gemini Syndrome. In 2013, he and his fellow band mates embarked upon tours with bands such as Mushroomhead and In This Moment.

With Gemini Syndrome he released the album Lux in 2013.

He is from Upland, California.

He and metal vocalist Aaron Nordstrom both performed with Gemini Syndrome.

Brian Steele Medina Is A Member Of