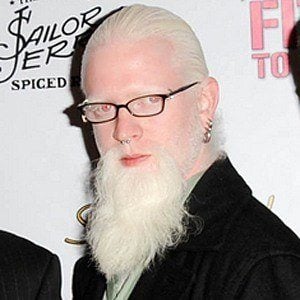 American heavy metal singer who rose to fame as the lead vocalist of the band Gemini Syndrome. With the band he shared the stage with a number of famous heavy metal acts including Five Finger Death Punch and Sevendust.

He played guitar in the band Otep before forming Gemini Syndrome.

He was born with albinism causing his hair to appear white.

In an interview with Hollywood Music Magazine he cited Maynard James Keenan as having a major influence on his vocal stylings.

Aaron Nordstrom Is A Member Of