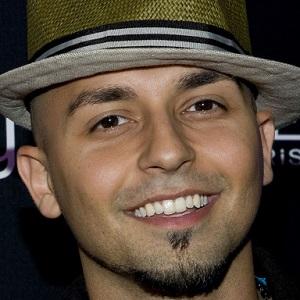 Known for his albums Livin It and The Truth, Melo is most famous as the fifth season winner of the Canadian Idol reality talent competition.

After training at the Royans School for the Musical Performing Arts and before becoming a contestant on Canadian Idol, he supported himself by working in construction.

His rendition of Radiohead's "Karma Police" in one of the later rounds of Canadian Idol received a standing ovation.

He was born in Hamilton, Ontario, Canada, to Portuguese immigrants Augusto and Maria Melo.

Early in his career, he performed back up vocals for country singer Shania Twain.

Brian Melo Is A Member Of