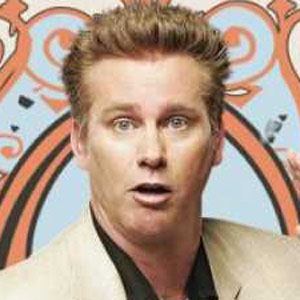 American comedian known for his observational humor and elastic face. He has appeared in several television shows and has had multiple Comedy Central Presents specials.

He played football at Heidelberg College with the intention of pursuing a career as an accountant. However, after taking classes in theater and communications, he chose to walk down a different path.

He is one of the rare comedians to not use curse words in his act.

He divorced his wife in the summer of 2011 and has several children. He grew up with seven siblings, and his brother Dennis is also a comedian.

He was a big fan of Johnny Carson while growing up.

Brian Regan Is A Member Of