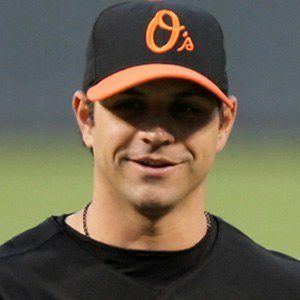 MLB second baseman who began his career in 2001 with the Baltimore Orioles. After 13 years in Baltimore, he spent a season with the New York Yankees, then retired in 2014.

He was named ACC Player of the Year his sophomore season at The University of North Carolina at Chapel Hill.

He married Diana Chiafair in 2009 and he has a son named Mike.

Brian Roberts Is A Member Of