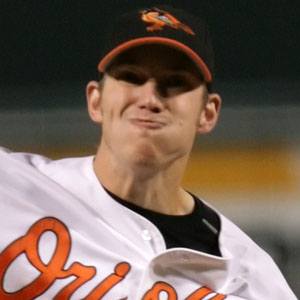 Former MLB pitcher who won a World Series Championship with the San Francisco Giants in 2010.

He pitched at The College of William and Mary in Florida before being drafted by the Orioles in 2003.

He played a great season with the Orioles in 2006, earning 33 saves with a 2.73 ERA, throwing 51 strikeouts, and allowing an opponent batting average of just .193.

His wife Alice has given birth to two children.

He signed onto the Seattle Mariners in 2011 alongside Ichiro Suzuki.

Chris Ray Is A Member Of