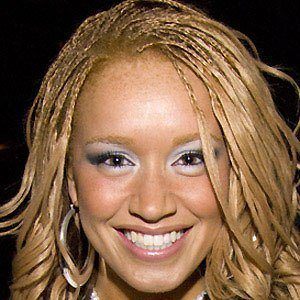 Reality TV star and singer known for appearances on Real World: Hollywood and American Idol. She released her first full-length album, Fireworks at the Fairground, in 2009.

She was taught to sing by her grandmother and got her start by singing at weddings.

She was the 2011 Miss Kentucky in the Teen USA pageant.

She has a sister named Victoria.

Brianna Taylor Is A Member Of