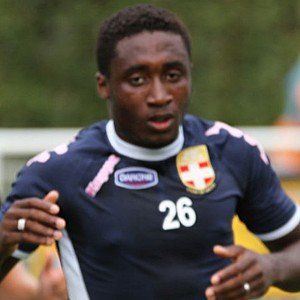 Professional soccer player who became a member of the English football club Watford within the Premiere League in July of 2016. He played the positions of right-back or wing-back.

He is originally from the Ivory Coast.

Both he and Heurelho Gomes played for the Watford Football Club.

Brice Dja Djédjé Is A Member Of