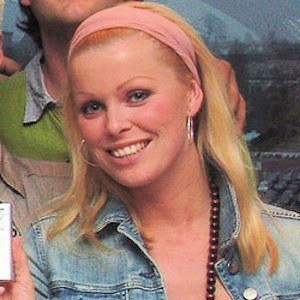 Dutch actress and television presenter known for starring in Walhalla and for hosting RTL Boulevard and Hoe word ik een New Yorkse vrouw. One of her earliest jobs was presenting for the Dutch spin off of Big Brother.

She began her entertainment career as a child, modeling on the catwalk and appearing in commercials promoting healthy diets to children.

She worked professionally as a model in Barcelona and became a dancer and assistant in the show Man O Woman. She also appeared in a 2006 edition of Playboy to benefit charity.

She has been romantically linked to a number of people including Pepijn Padberg, Johnny de Mol, and Pieter van Schaik. She has a son named Mees Kingston.

In 2005, she began producing programs for Talpa, a television channel owned by John De Mol Jr..

Bridget Maasland Is A Member Of