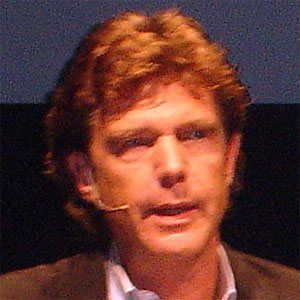 Media tycoon who founded the production companies Endemol and Talpa. He also developed the reality series Big Brother through his own company John de Mol Produkties.

John de Mol Produkties was his first big company and he would merge it with Joop van den Ende TV-Producties into Endemol.

He launched the 2010 sing competition The Voice of Holland and later brought the series to America simply titled The Voice. He served as executive producer for the series with Mark Burnett.

He was married to Willeke Alberti from 1976 until 1980. His son Johnny de Mol became an actor.

Through Endemol, he developed series such as 1 vs. 100, Deal or No Deal, and Fear Factor, the latter of which was hosted by Joe Rogan.

John de Mol Jr. Is A Member Of