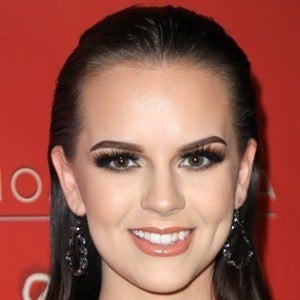 American film actress who is best recognized for her portrayal of Peg Kaznyk in JJ Abrams and Steven Spielberg's 2011 blockbuster Super 8. She is also known for her work in the 2010 dramedy Life as We Know It.

She made her professional acting debut on a 2009 episode of Without a Trace.

She was cast in the film Super 8 which starred Elle Fanning.

Britt Flatmo Is A Member Of