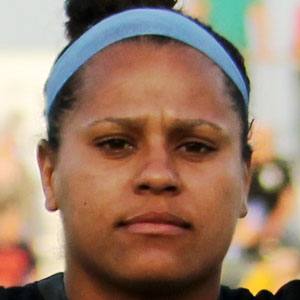 Goalkeeper who made her professional debut in 2009 for the Los Angeles Sol after being named WCC Defender of the Year at the University of San Diego.

She was the captain of her soccer team at Dublin High School in California.

She was an assistant coach at Dartmouth College.

She grew up in Dublin, California.

Brittany Cameron Is A Member Of