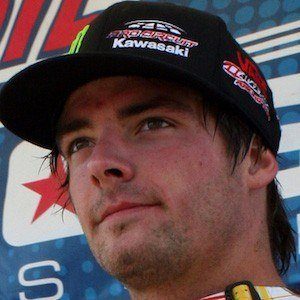 Professional Motocross racer who has been a member of the RCH Racing team. In 2011, he won the Lucas Oil Supercross Lites Western Regional Championship.

He came in 15th place at an AMA amateur race in 2006 in Delmont, Pennsylvania.

He was forced to miss the 2014 Lucas Oil Pro Motocross Championship due to an injury.

He has two brothers named Colton and Carson.

He joined the RCH racing team in 2013, a team which was run by fellow motocross racer Ricky Carmichael.

Broc Tickle Is A Member Of