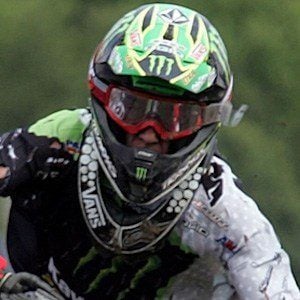 Professional supercross and motocross racer sponsored by Red Bull. In 2011, he took the 250 Championship only a year after his rookie Supercross season. He has won multiple AMA Amateur National titles and earned the Most Outstanding Rider award.

During his rookie season he took two Lucas Oil Motocross National wins in the 250cc class while riding for the Monster Energy Pro Circuit Kawasaki team.

He has been offered rides with Pro Circuit and Jeff Ward Racing.

Though born in Scotland, he was raised in Calgary, Canada. He later moved to Southern California.

He has been a teammate of fellow motocross rider Blake Baggett.

Dean Wilson Is A Member Of