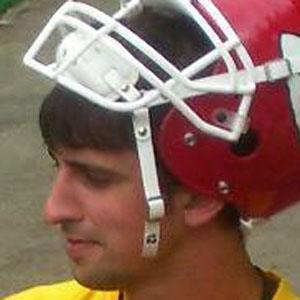 Former pro quarterback who was drafted in 2006 by the Kansas City Chiefs and played five seasons with the team, passing for 1,631 yards.

He played football at Westbrook Christian School in Alabama.

He was named MVP of the 2006 Cotton Bowl while playing for the University of Alabama.

His father John Croyle played defensive end for the University of Alabama.

He played for coach Herman Edwards at Kansas City.

Brodie Croyle Is A Member Of