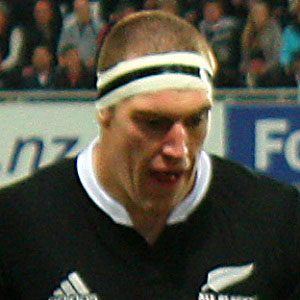 Rugby union footballer who has played for Bay of Plenty Steamers in the ITM Cup and the Chiefs in Super Rugby. He debuted for the New Zealand All Blacks at the Ireland rugby union tour of New Zealand in 2012.

He was born in Rangiora and attended Christchurch Boys' High School.

He was named World Rugby Player of the Year in November 2014.

He and fellow lock Sam Whitelock have formed a lethal partnership as members of the All Blacks.

Brodie Retallick Is A Member Of