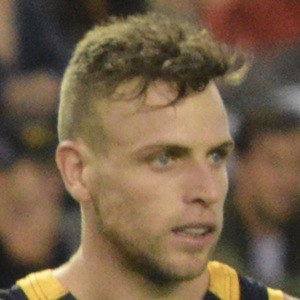 Australian rules football defender who was a first-round selection by the AFL Adelaide in 2010, and he debuted for the club in 2011.

He played in the SANFL for the Woodville-West Torrens.

He had 29 disposals against West Coast in an August 2013 match.

He grew up with his family in Australia.

Brodie Smith Is A Member Of