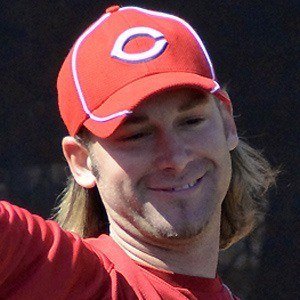 MLB starting pitcher who began his career in 2000 with the Pittsburgh Pirates; helped lead the Boston Red Sox to a World Series Championship in 2004.

He joined the Cincinnati Reds in 2006 and was named to his first career All-Star game that season.

He had a six-year marriage to Aimee Arroyo that ended in 2006.

He was teammates with David Ortiz on the World Series-winning 2004 Boston Red Sox.

Bronson Arroyo Is A Member Of