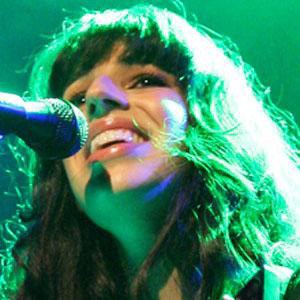 Christian artist who sang "Something in the Water," which reached #1 on the New Zealand Singles Chart and the Top 10 in Europe.

She signed with Sony Records at age eighteen and released her debut album, What To Do With Daylight, a multi-Platinum record, which earned her multiple New Zealand Music Awards.

Her single "Shadowfeet" was the Editor's Choice in iTunes and reached #5 in the US.

She was born in Wellington, New Zealand, the daughter of a star footballer who played with the All Blacks. She and her husband, Scott Ligertwood, welcomed a daughter in 2015.

She was the opening act for David Bowie on his Australian tour.

Brooke Fraser Is A Member Of