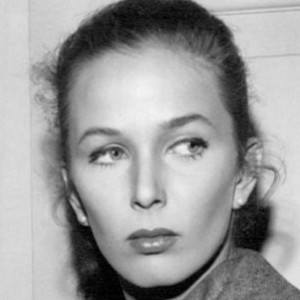 American actress who had a brief acting career in a few films and in a memorable episode of the television show Twilight Zone called "The Mask" in 1964.

She released an autobiography called Haywire in 1927 about her experience as a child with two famous parents.

She was married three times and had a daughter, Marin in June 1962. Her grandfather was William Hayward.

She was married to actor Dennis Hopper from 1961-1969 and they had a daughter together.

Brooke Hayward Is A Member Of