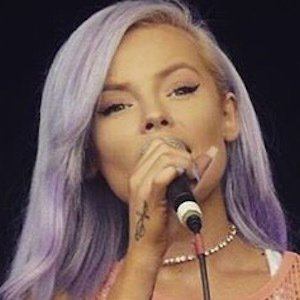 Singer known for being a part of Will.i.am's team on season four of The Voice UK. She made his team after performing Nicki Minaj's "Superbass" during the blind auditions.

She was studying musical theatre in college when she dropped out to focus on her own singing. She worked at Amy Childs' salon prior to appearing on the show and her decision to audition was encouraged by the reality star.

She was eliminated after attempting to rap "Let It Go" from the movie Frozen.

She was born to Rebecca and Peter and has younger sisters named Ellie and Mylie.

She's friends with TOWIE stars Amy Childs and Harry Derbidge and has worked for both of them.

Brooklyn Lammiman Is A Member Of