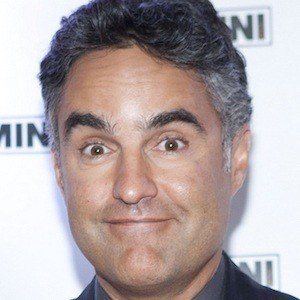 Entrepreneur known for his creation of the Lavalife dating application. He became the head of Round13, a company dedicated to investment in early stage digital companies.

He earned his Bachelor of Arts degree from the University of Ontario in 1982.

He appeared in seasons 6-8 of Canada's reality TV hit Dragon's Den as a potential investor.

As a member of the Dragon's Den panel, he appeared alongside fellow Canadian entrepreneur Kevin O'Leary.

Bruce Croxon Is A Member Of