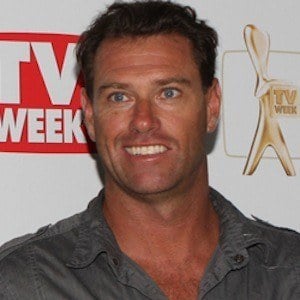 Lifeguard and surfer best known for starring in the documentary series Bondi Rescue in Australia. As the head of the Waverly Council lifeguards, he has spent more than a decade overseeing the safety of Bondi, Tamarama, and Bronte Beaches in Sydney. In 2006, he was awarded Australian Lifeguard of the Year.

He began competing in surf competitions at the ripe age of six.

He became the face of the skincare line Stella and Marco in 2008 and starred in advertising campaigns with Holeproof underwear.

He married Stacey Woods and has two daughters named Lauren and Georgia.

He has shared the screen with celebrities like David Hasselhoff and Kelly Slater during their visits to Bondi beach.

Bruce Hopkins Is A Member Of