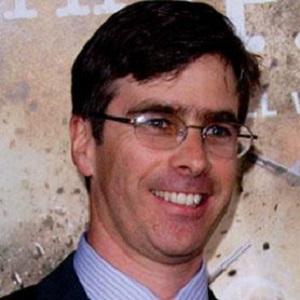 Screenwriter and producer, known especially for his work on the HBO miniseries, The Pacific.

Before becoming a screenwriter in Hollywood, he worked as a freelance journalist, covering political turmoil in Russia for the New York Times, Arete, and The National Review.

He wrote three episodes for the popular hit Band of Brothers in 2001.

His father Malcolm McKenna was a paleontologist.

He co-produced The Pacific with prolific creator, Steven Spielberg.

Bruce McKenna Is A Member Of