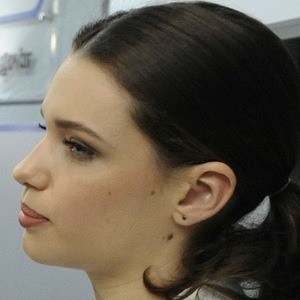 Famous for her role as Professor Juliana in the Brazilian soap opera Meu Pedacinho de Chao (My Little Piece of Ground), she is also recognized for her portrayal of Leila Machado in over one hundred episodes of the telenovela Foolish Heart.

During her teen years, she won a beauty pageant and began working as a fashion model. In 2010, she made her acclaimed acting debut in the television series After All, What Do Women Want?

She acted in stage productions of two plays by dramatist Michel Melamed: Seewatchlook and Farewell to the Flesh.

Born to a family of both German and African heritage, she spent her early days in Corupa, Santa Catarina, Brazil.

She and Paolla Oliveira were both in the cast of the 2013-2014 soap opera Love Life.

Bruna Linzmeyer Is A Member Of