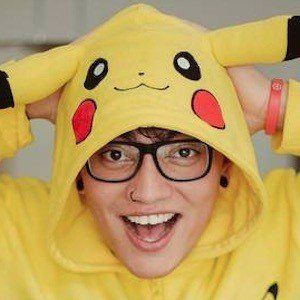 Brazilian social media superstar who would become well known for his creative comedy videos on TikTok where he has 3.7 million fans. He is known across social media as ibugou.

He created a YouTube channel in December of 2014. His first video was a stop motion video of Pokemon.

He often puts on costumes, occasionally donning a blonde wig, for his musical.ly and Instagram posts. He has more than 100,000 and 330,000 followers on Facebook and Instagram. In addition to social media, he is talented as a visual effects editor.

His real name is Bruno Carvente. He has posted photos alongside girlfriend Sara Mattoso on Instagram.

He has collaborated with Luara Fonseca on various social media outlets.

iBugou Is A Member Of