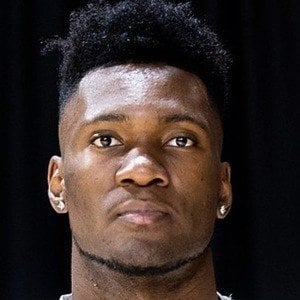 Power forward who won gold with Angola at the 2016 FIBA Africa Under-18 Championship. He played two years of college basketball at the University of Maryland before declaring for the NBA. He was selected 34th overall in the 2019 NBA Draft by the Philadelphia 76ers, who then sent his rights to the Atlanta Hawks.

He played basketball growing up in his hometown of Luanda, Angola.

He received Best Player honors at the 2016 FIBA Africa Under-18 Championship by averaging 18.3 points and 6.6 rebounds per game.

His parents are Bernardo Fernando and Natalia David. He is one of eight children.

He played under head coach Mark Turgeon at the University of Maryland.

Bruno Fernando Is A Member Of