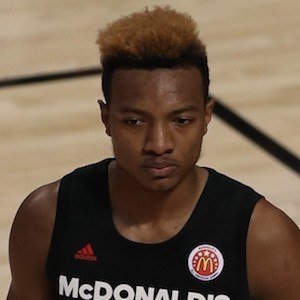 Power forward/center who was selected with the seventh overall pick in the 2018 NBA Draft by the Chicago Bulls. He played one year of college basketball at Duke.

He first played basketball in an Atlanta church league when he was 4 years old. He became a high school star at Pace Academy in Atlanta, Georgia, where he was named the Georgia All-Classification Player of the Year and a first-team all-American.

He was the recipient of the 2017 Morgan Wootten National Player of the Year award, given to players who excel in academics and display exemplary character off the court.

He was teammates with Grayson Allen at Duke.

Wendell Carter Is A Member Of