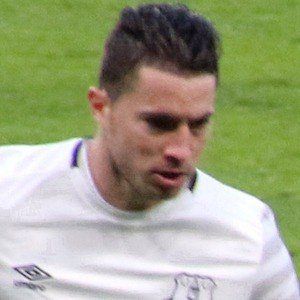 Winger who joined Everton F.C. in 2012 up until 2017 when he signed with Sunderland. He was named Danish Cup Player of the Year in 2012 while playing for Copenhagen. He was also named in Costa Rica's 23 man squad for the 2018 FIFA World Cup.

He began his professional career with Saprissa in 2009.

He was born in Ciudad Quesada, Costa Rica. His father's name is Olger Oviedo.

He joined Carlos Hernandez on the Costa Rican national team in 2010.

Bryan Oviedo Is A Member Of