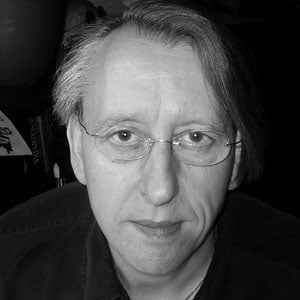 Famous for creating the Adventures of Luther Arkwright and Heart of Empire comic books, this British artist and writer also penned the Grandville graphic novels and collaborated with Neil Gaiman on several editions of The Sandman.

He created art for several cards in the Magic: The Gathering series. In addition, under the female pseudonym of Veronique Tanaka, he wrote a visually stimulating graphic novel titled Metronome.

With his wife, writer Mary M. Talbot, he published Dotter of Her Father's Eye, an award-winning graphic novel based on the life of James Joyce's daughter Lucia Joyce.

In the early 2000s, he wrote Alice in Sunderland, a graphic novel that explores the life and work of Alice's Adventures in Wonderland writer Lewis Carroll.

Bryan Talbot Is A Member Of