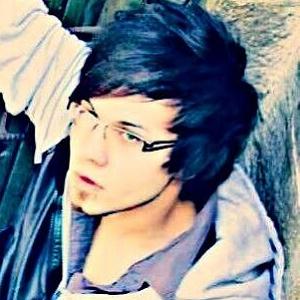 Founder of the electropunk/tripstep/EDM duo Unforgiven Amore who was joined by Maralyn Snow in 2013. They released their first track "Trippin'" in January of 2014 and followed it with an EP called Feel The Control.

Growing up, his family was constantly moving throughout the Missouri area. In high school, his life became all about music and art. He joined his school choir, which helped him fight his fear of performing in front of large crowds.

He was cast in the leading role of Tom in an indie horror/comedy film called Stoners Circle.

He and Christofer Drew Ingle are both Missouri-born musicians.

Bryant Jaii Is A Member Of