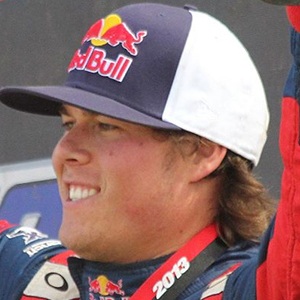 Race car driver who competes in off-road racing for his own team Menzies Motosports. He is sponsored by Red Bull and was the 2015 and 2016 Red Bull Frozen Rush Champion.

He was born in Mesa, Arizona.

In 2011 he won the TORC Pro2 class and then defended the title again in 2012, a feat never before accomplished in the sport.

Toby Price is an off road motorcycle racer who is also sponsored by Red Bull.

Bryce Menzies Is A Member Of