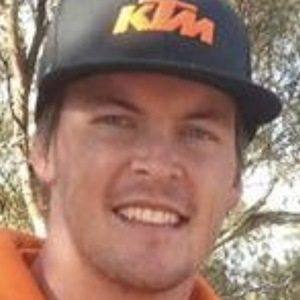 Australian off-road motorcycle racer whose major titles include the 2016 Dakar Rally and multiple Finke Desert Races. He has ridden for teams like the KTM Off-Road Racing Team and the Red Bull Factory KTM Rally Team.

He rode his first motorbike at age 2 and won his first race at age 4. His professional career began in 2004.

He was named Australian Dirt Bike magazine's Rookie of the Year in 2009.

His father John Price is a former off-road buggy champion.

He and Jack Miller are both famous Australian motorcycle racers.

Toby Price Is A Member Of