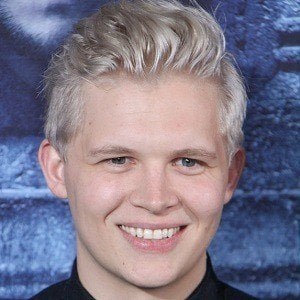 Icelandic musician best known for being the lead guitarist for the band Of Monsters and Men. The band released their second album, Beneath the Skin, in 2015.

In 2009, Nanna Bryndis Hilmarsdottir added Brynjar to her solo project, Songbird, which eventually evolved into Of Monsters and Men.

The band won the Icelandic music competition Musiktilraunir in 2010.

He has a brother who is a pilot.

He and the band have toured with Elle King.

Brynjar Leifsson Is A Member Of