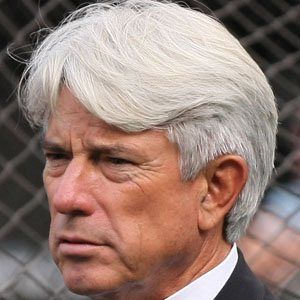 One-time catcher who became the manager and later the announcer for the Toronto Blue Jays.

Although he did most of his work with the Blue Jays, he began his playing career with the Kansas City Royals in the 1960s.

He managed Team USA in the 2006 World Baseball Classic.

He had a son named Casey who also joined the Blue Jays organization as a player.

He was Alex Rodriguez's manager on team USA.

Buck Martinez Is A Member Of