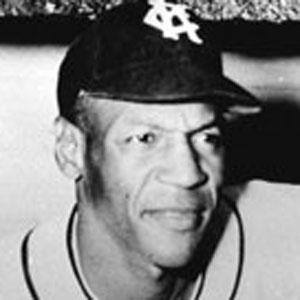 Negro League first baseman who became the MLB's first black coach on May 29, 1962.

He won the Negro World Series with the Monarchs in 1942.

He was a recipient of the Beacon of Life Award and the Presidential Medal of Freedom.

He was married to Ora O'Neil.

He broke the racial barriers of MLB coaching, while Jackie Robinson broke barriers as a player.

Buck O'Neil Is A Member Of