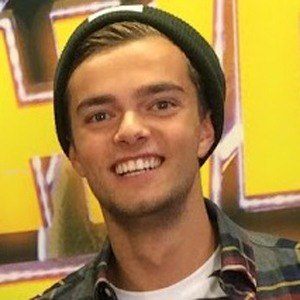 After studying at Frank Sanders Academy, he spent his days out of school acting in the short films Hero and Doubles.

Early in his career, he was a musical theatre performer, appearing in a 2014/2015 production of Heerlijk duurt het langst.

His younger sister, Eva, is a skilled competitive tennis player.

Both he and actress Robin Martens were contestants on the second season of Dance Dance Dance.

Buddy Vedder Is A Member Of