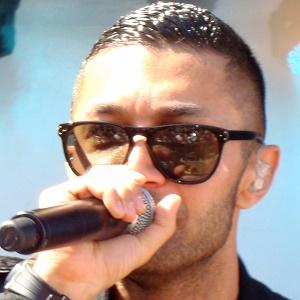 Danish pop and R&B singer who scored Platinum hits with the albums Burhan G, released in 2010, and Din for Evigt, released in 2013. Several of his singles, including "Taettere pa Himlen" and "Karma," have topped the charts in Denmark.

He grew up in Brondby Strand in Copenhagen County and performed as a solo soprano in the Copenhagen Boys Choir. He debuted as a solo artist with the single "Burhan G" in 2003.

He was a backup singer for the Danish hip-hop group Outlandish and sang the hook on their hit song "Walou."

His birth name is Burhan Genc Koc. His parents are from Haymana, Turkey.

He collaborated with Danish pop star Medina on the hit 2010 single "Mest Ondt."

Burhan G Is A Member Of