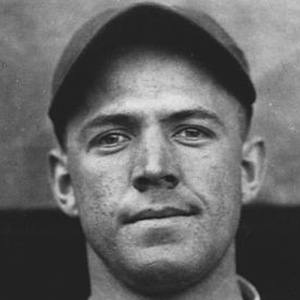 MLB pitcher who won 270 games during his long career. He led the National League in strikeouts in 1921 and helped the St. Louis Cardinals win a World Series Championship in 1931.

As a child, he worked in a lumber mill for one dollar a day.

He was the last pitcher in major league history who was allowed to throw a spitball.

He was married five times and had no children.

He won a World Series title with St. Louis in 1931 along with Hall of Fame second baseman Frankie Frisch.

Burleigh Grimes Is A Member Of